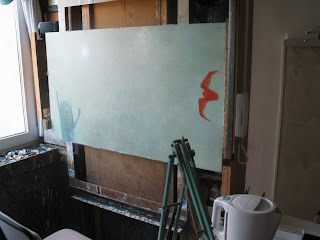 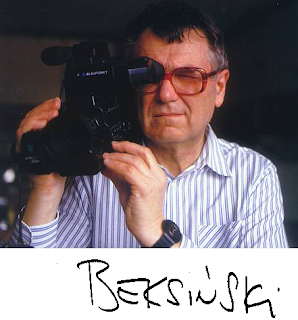 Zdzisław Beksiński (24 February 1929 – 21 February 2005) was a renowned Polish painter. He was born in the town of Sanok, in southern Poland. After studying architecture in Cracow, he returned to Sanok in 1955. Around this time he became interested in photomontage, sculpture and painting. Later, he concentrated on painting. His first paintings were abstract art, but throughout the 1960s he made his surrealist inspirations more visible. In the 1970s, he entered what he himself called his "fantasy period", which lasted up to the late 1980s. This is his best-known period, during which he created very disturbing images, showing a surrealistic, post-apocalyptic environment with very detailed scenes of death, decay, landscapes filled with skeletons, deformed figures and deserts. These paintings were quite detailed, painted with his trademark precision.The late 1990s were a very hard time for Beksiński. His wife, Zofia, died in 1998; a year later, on Christmas Eve 1999, his son Tomasz (a popular radio presenter, music journalist and movie translator) committed suicide.On 21 February 2005, Beksiński was found dead in his flat in Warsaw with 17 stab wounds on his body.He was killed by the teenage son of his long time caretaker. Prior to his death, Beksiński refused him a loan. 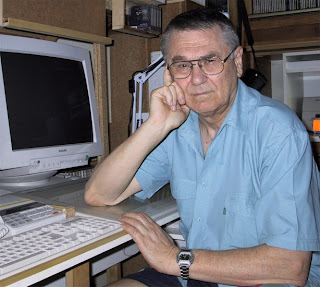 The idea of this blog is to show you as many pictures as possible. The collection I prepared covers only "Fantasy period" (1969-1986). His later works do not feature so powerful and disturbing imagery. You can expect to see here about 340 pictures which will be the biggest set across the web. 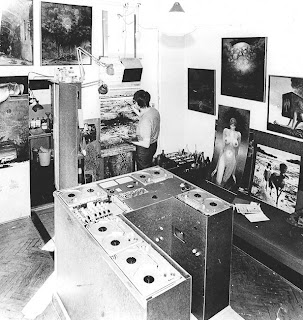